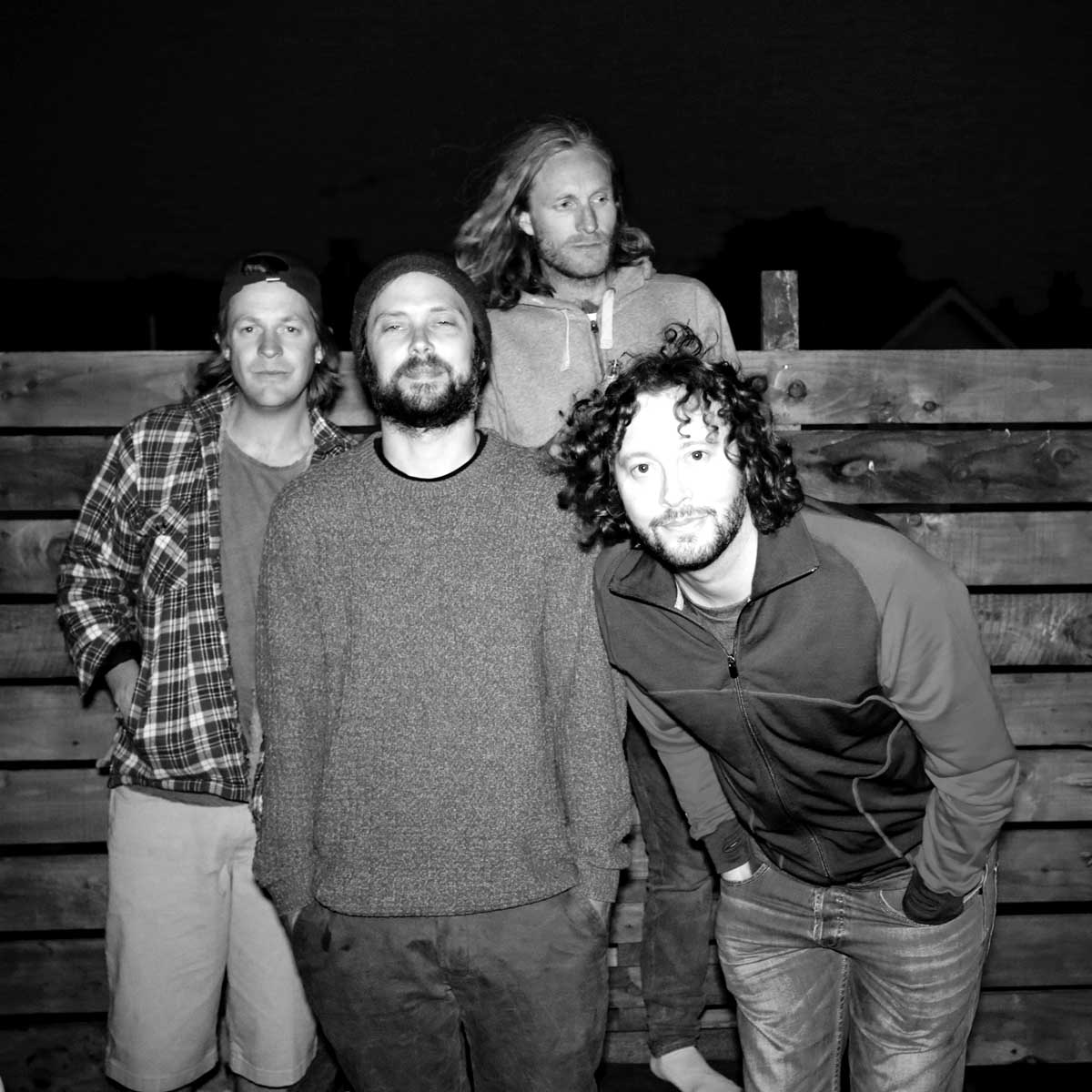 As We Leave, a kaleidoscope of soundscapes and melody, evoking something very familiar and comfortable, yet fresh and new. That happy amalgamation of long friendship, enigmatic talent and an Island country upbringing. Finding reference in anything from Dostoevsky and Tom Waits to Picasso, nothing is too mundane, too old, too ridiculous or sublime to be of inspiration to these friends from the Isle of Wight. You can hear a lot of Gomez, Beach House and the Byrd's in their summer holiday nostalgia.

Situated in the picturesque bay of Sandown, they can often be found trying to avoid the surreal sideshow of normality and unwelcome distraction in order to ‘Have fun, make some music.’ Musically you can hear their love of the La’s, the Beach Boys and Neil Young. Layers of sun-kissed Americana dazzle at the edges of British vulnerability and a cohesive collective experience. Shared memories and time have guided the four, going to school together, travelling together, making music together and generally having been close in each other’s lives for the better part of twenty four years! Each experience has brought them back together, back to their shared studio time and time again. ‘We have many fun memories in there’, Caine says with a knowing grin on his face, ‘Whether it be a drunken jam with friends or serious writing and recording, there's always life in there, its our refuge from the world...a bunker of creativity!’

Independent minded and a healthy love of ‘do it yourself’ attitudes, they sit somewhere between west coast freedom, British songwriting history and that Soviet nostalgia indulgence. Honestly, its addictive, like Pringles with nicotine in them or chocolate at any time of the year. ‘Everything To A Point’, the first release on Abbey Records has that ‘play it again for me’ feel to it: panoramic sunrises, soaring layers of texture and a silky, exhausted melody, tightly packaged into a tidy four minutes, everything you want for a summer track.

"Between Beach House and Ariel Pink, As We Leave is easy to discover. What could be better than this new single, which smells like a summer hot day. » Rolling Stone

"On 'Hope That Kills', Isle of Wight quartet As We Leave dip into their summery palette to paint a dreary, honest picture of the consequences of raising hope. » Atwood Magazine

"Capturing a youthful sound within the track’s core, the intimate textures are bathed with vibrant melodies. » Clout Magazine